What is the difference between "power" and "energy"?

The terms “power” and “energy” are often inter-changed in everyday speech but their meanings are very different. Before going any further, I think it is important to understand this difference.

When thinking about a journey, it is clear to everyone that “distance” and “speed” are not the same. After a few moments’ thought, most people will agree that:
Distance (in miles) = Average Speed (in miles/hour) × Time_of Journey (in hours).

In the world of electricity, “energy” is related to “power” in just the same way. So:
Energy (in kWh) = Power (in kW) × Time_forWhichTheApplianceWasOn (in hours).

If a 2 kW heater (its power rating) were to be switched on for a period of 1 Hour (time), then 2 kWh (of energy) would be consumed. Similarly, if a PV installation were to generate electricity at a constant rate of 1 kW (power), and this situation were to be maintained for a period of 17 Hours (time), then 17 kWh (of energy) would have have been generated.

What you pay for energy now?

Looking today (Nov 2013) at my domestic bill I can see that I pay basic netto price of 17cents per unit of energy !*

Those are simplified calculations based on assumption that you use all energy from your renewable energy system. If you understand that you can read Energy Balance chapter below.

Energy flow in and out - how is that changing your payback period?

1. If you are not at home when your PV system is making it’s maximum power, or if you sleeping at night when your wind turbine is spinning, energy will flow back to the grid.

2. If there is no wind or no sun and you have your washing machine, kettle and play station on then energy will flow from the grid.

3. If you have 3kW PV system on your roof giving 3kW of power (perfect sunny conditions ) and you have your 2kW kettle on that means 1kW of power is flowing to the grid.

Understanding those 3 bullet points is a key to understanding energy balance and designing system for maximum self consumption rate.

It is important as you pay 17 cents for each unit of energy imported to your house, and they pay you only 9 cents* for each unit exported to the grid.

*9 cents apply to domestic only from Electric Ireland until end of 2015, It is nothing! for export for others (shame as in UK and many other EU countries they pay you at least the same amount for import as for export).

If you monitor your energy usage (at least you note your meeter readings) your energy profile can be assumed and based on that more precise calculations can be made. Below you can see example of energy balance graphs for one of the systems we have design (health center with annual usage of 60MWh and air conditioning) . If you can use more than 50 % of energy your system is producing I would call it a good balance. 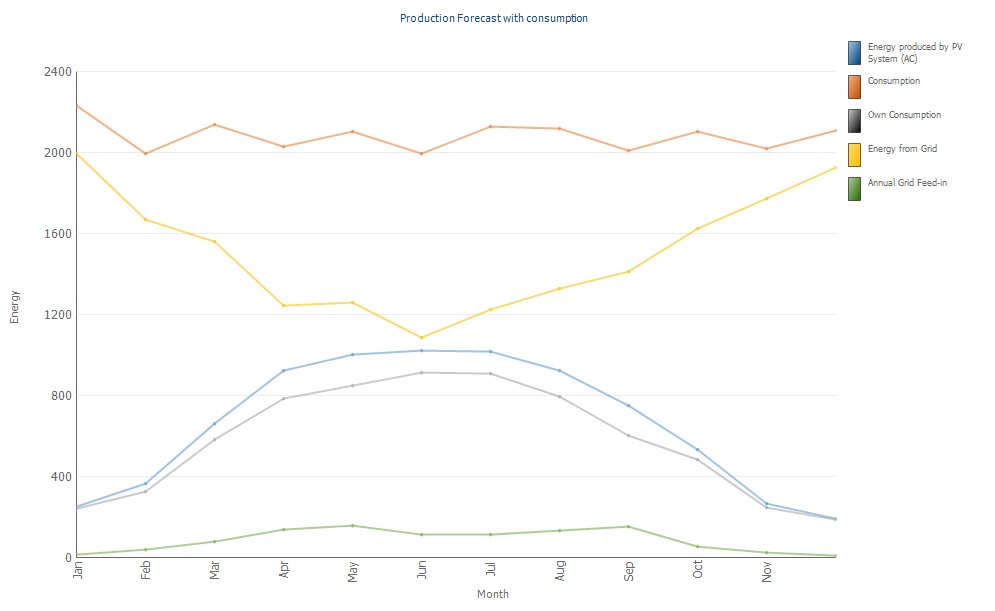 The answer is NO.
You can find more details here.

What are the financial benefits?

Installation costs from 100 euro per kW up to 500 e per kW (depends on location, type of roof, ground conditions, cable lengths etc )

Assuming that cost of energy is 17 cents* per unit

– 5kW wind turbine in good location can make annually energy worth 1400euro (8MWh)
*Cost of electricity from the grid in Nov 2014: 17 cents per kWh (unit ) – excluding standing charge and other extras… all above exclude of VAT.

P.S. Big banks are investing millions of euro in big wind farms have those payback periods longer ! (up to 15 years !!!)

*price 1500e per kW can be achieved but that depends on many factors like type of modules, cable length, type of mounting system etc.

**production yield of 1MWh per kW can be achieved in south parts or Ireland and coastal areas. Production yields will decrease with age of the modules (0.5-1% per year )

How much power will photovoltaics produce?

Solar irradiation in Ireland can be very different from place to place. Clouds play the major role in here. I live on the coast and can see that very often clouds are forming few miles in land when it’s still sunny on the coast. Same thing can happen with hills around. If you consider your area sunny you should definitely consider solar system.

Maps of solar radiation are not very precise but most of them show higher radiation farther south and in coastal areas.

Estimation of annual production can be very simple. For south faced, tilted at 30 degrees good quality system you can expect 1MWh of energy from 1kW. That could be more in more sunny areas and less. 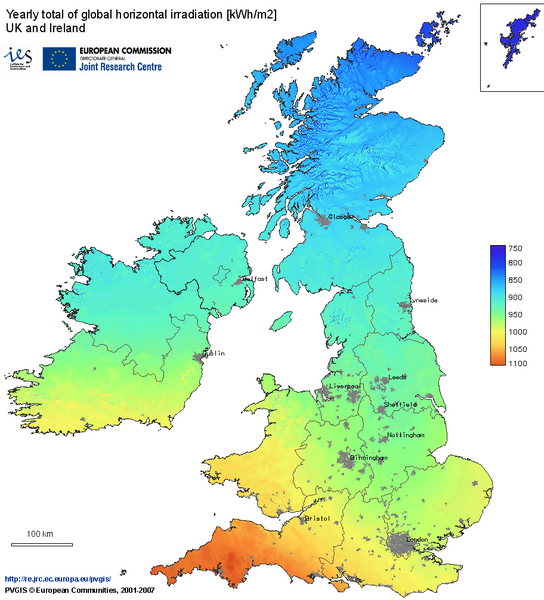 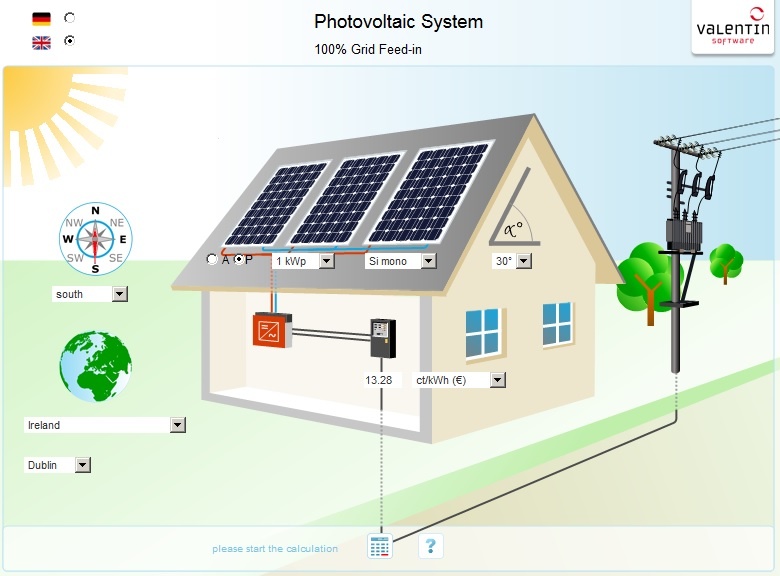 I am using PV SOL Premium software to design system and estimate energy production for clients (takes shadow, inverter efficiency, loses, and many many other factors in to account ) but for your basic needs this online calculator should do.

If you want to read more check SEAI PV guide.

Any PV system needs sufficient sun access: a steady, unshaded six hours a day (generally, from 9 a.m. to 3 p.m.) is recommended. Several other factors come into play for roof-mounted systems: the roof’s pitch and azimuth, plus the roofing material itself. Standing seam, face-fastened, corrugated or shingled metal, asphalt (a.k.a. composition or “comp”) or wood shingles, slate, concrete, clay or spanish tile—whatever the surface, a manufactured mounting solution is available, although that doesn’t mean every installation will be straightforward or simple…

Check out sflex or schletter website for more details on mounting systems I have been using. 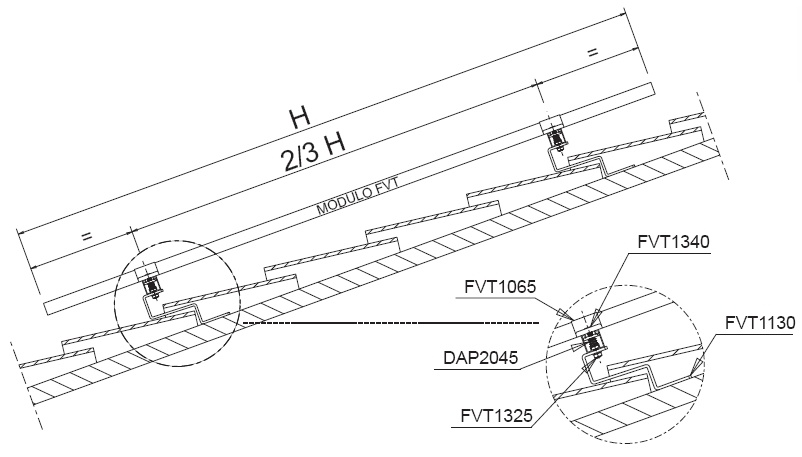 *that price can be achieved if you do installation yourself

How much energy can wind turbine produce? 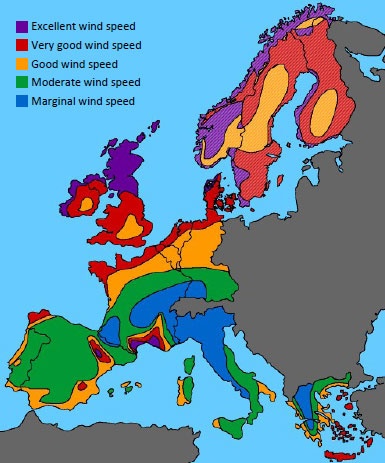 Before installation of wind farm wind resource assessment is done based on one year precise measurement on up to 120meters high met mast. For small scale wind turbines that could be done too, but most often we do not want to wait a year for wind measurements. There is few important factors regarding placing a turbine (prevailing wind direction, shadow and turbulence are the most important).

To know how much energy your wind turbine will produce you need to know 2 things:

Below you see AEP for windspot wind turbine (4m rotor, 6kW max power of generator) from test center and from manufacturer. 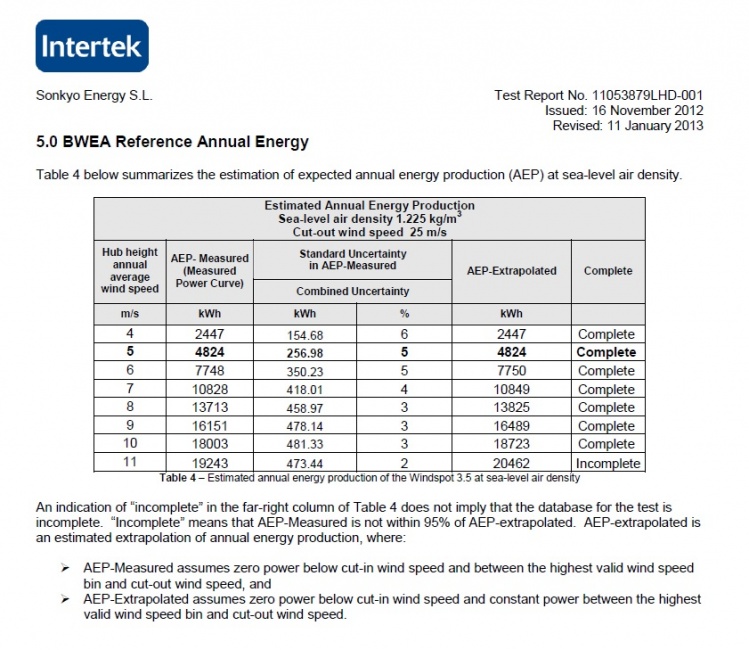 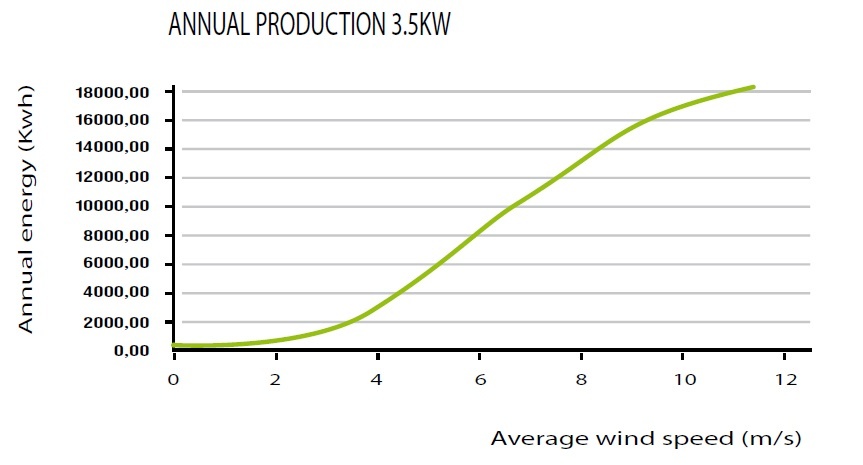 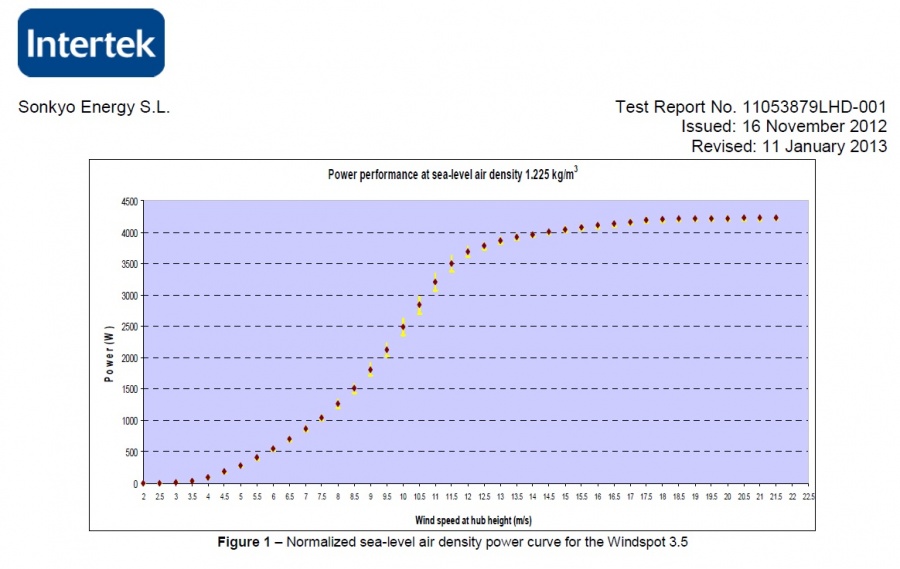 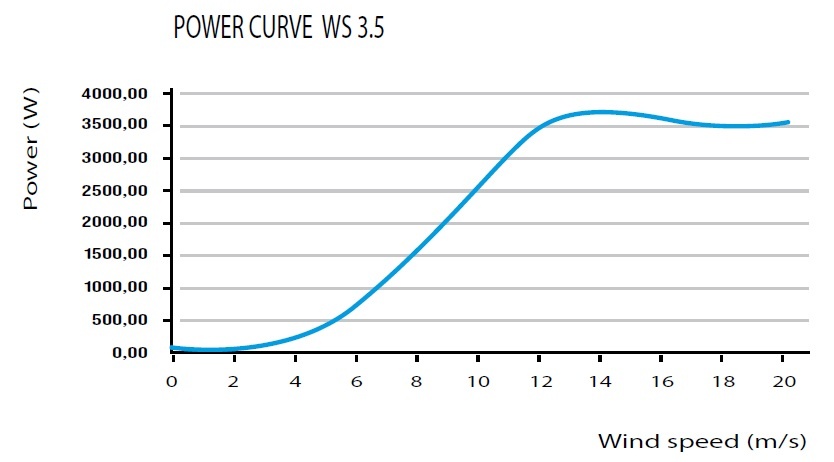